Our mission is to become the world’s irrefutable leader in maximizing business performance.

"We started Jump 450 Media because we saw gaps in the way traditional agencies were operating. From dedicating the right human capital to building creative concepts that would perform to leveraging the latest technologies, we saw agencies fail on nearly all of these fronts, and as a result, their clients would endure losses.

My co-founders and I felt that the industry paradigm of focusing on inputs and not outcomes needed a radical shift, so we founded Jump 450 to tackle these challenges head-on and help businesses acquire users profitably through digital media."

We are 100% transparent in everything we do at Jump, from the ad accounts we work out of, to our real time reporting, to the media commissions and tech fees.

Our team is always communicating internally and externally to ensure alignment, cohesion, and understanding.

Real time and powerful custom reporting that can pull in all marketing data, including 3rd party sources to drive efficient and effective analysis.

Our four main values are performance, collaboration, experimentation, and progress.

Our team members are directly incentivized to drive performance, which means the more revenue they drive for you, the more they earn.

Our team has personally managed and overseen $1.7B in media spend over their careers.

We originally started in 2014 as a digital direct-response marketing firm and quickly became the largest independent affiliate player in North America on Facebook, spending north of $25M of our funds in 2016.

We quickly developed a reputation in the direct-response industry as being the best at acquiring customers, at scale, as soon as possible.

This led to our CEO Shaun Sheikh and COO Andrew Fabbri winning the prestigious Forbes 30 Under 30 Award in Advertising in 2017.

To further develop our company to serve a more diverse set of verticals, we shifted our attention towards a traditional agency business model — one that we knew would allow us to better communicate and engage with clients, as well as reach and convert a broader range of clients.

We’ve been building our team and client-base around the idea that we are the best direct-response agency in the world, and our results speak to this.

Jump executives win The Forbes 30 under 30 Award in Advertising

Expanding our business and building our team

We have gone on to scale sales volume and ROI for our clients to levels that others cannot achieve. We typically work with venture capital, private equity, and publicly financed businesses that are ambitious in their goals; goals that other agencies or consultancies cannot fulfill or have previously failed achieving.

We are located in New York City which is considered one of the greatest places in the world to live.

Jump resides at 300 Vesey Street, which is a 15-story building located along the Hudson River waterfront at Brookfield Place.

Located in downtown Battery Park, our office is in close proximity to everything we love: good coffee, awesome lunch spots, and a sweeping view of the Hudson River Waterfront. 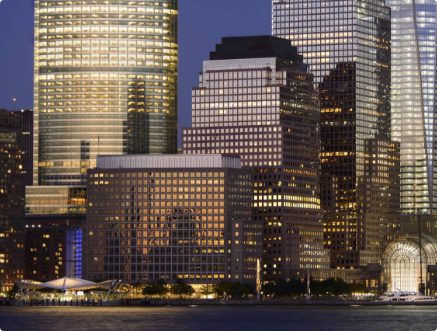